Methods: The consent form and study documents, including the existing English physical activity text messages, were translated from English into Spanish, and received translation certification as well as Institutional Review Board approval. The translated text messages were placed into PowerPoint, accompanied by a set of culturally appropriate photos depicting barriers to walking, as well as walking scenarios. At the focus group, eligibility criteria for this study included being an adult between 30 to 65 years old who spoke Spanish as their primary language. After a general group introduction, participants were placed into smaller groups of two or three. Each small group was asked to review a segment of the translated text messages for accuracy and meaningfulness. After the break out, the group was brought back together to review the text messages.

Results: A translation confirmation group met at a church site in an urban community with a large population of Hispanics. Spanish speaking adults (N=8), with a mean age of 40 (SD 6.3), participated in the study. Participants were engaged in the group and viewed the text messages as culturally appropriate. They also thought that text messages could motivate them to walk more. Twenty-two new text messages were added to the original database of 246 translated text messages. While the text messages were generally understood, specific word preferences were seen related to personal preference, dialect, and level of formality which resulted in minor revisions to four text messages.

The research team wanted to include the Hispanic population in their physical activity intervention work because of the low physical activity rates in Hispanics residing in the United States. The vast majority of Hispanic adults (95%) consider it important for future US Hispanic generations to be able to speak Spanish [10]. In addition, Spanish was shown to be the preferred contact language in a longitudinal research program conducted with Mexican Americans to improve diabetes self-management [11]. Therefore, in order for this population to be part of future Text4Walking intervention studies, the team needed to translate existing English text messages into Spanish, to provide participants with a choice of receiving either Spanish or English text messages. However, no study has been located that specifically addresses the process of translating motivational physical activity text messages from English into Spanish.

Translation is an activity that inevitably involves at least two languages and two cultural traditions. The cultural implications for translation may take several forms ranging from lexical content and syntax to ideologies and ways of life in a given culture [12]. Therefore, the translator/facilitator in a research group has to decide on the importance given to certain cultural aspects. Important components to consider with bilingual interventions are bilingual and bicultural facilitators and materials, inclusion of family-based activities, literacy appropriate materials, social support, and a clear understanding of Hispanic cultural values [13].

Federal regulations in the United States require that information about participation in research be presented in a language understandable to the potential subject or their representative [14-16]. The informed consent process is one of the most basic concepts of human subject research. In the Belmont Report, the ethical principle of Respect for Persons requires that all subjects be given the opportunity to choose what they will or will not participate in [17]. Consenting requires adequate information, comprehension, and voluntariness. Thus, to meet the requirements of informed consent, if a study’s focus is a population whose principle language is not English, consent documents must be translated into that language. During the consent process an interpreter should be available as well. Each organization’s Institutional Review Board will require verification that the translated consent documents are true translations. Most organizations require a certified translation. It is important for researchers to know how their local policies meet federal requirements [18]. The purpose of this study was to translate a database of English physical activity text messages into Spanish and review those text messages with a group of Spanish speaking adults to inform the use of these text messages in an intervention study.

A translation confirmation group was used for this study [19]. Eligibility criteria for this study included being an adult who spoke Spanish as their primary language, 30 to 65 years old, not engaging in regular physical activity, with no health problems that prohibited them from increasing physical activity, and familiar with texting. The group met at a church site in an urban city with a large population of Hispanics as more than one-fourth (28%) of the city self-identifies as Hispanic [20].

The consent form and study documents, including the existing English physical activity text messages, were translated from English into Spanish initially by a native English speaker fluent in Spanish. These translated messages were then reviewed by a native Spanish speaker fluent in English. These bilingual research team members then gained consensus on the translated documents. The team members used Columbian Spanish for translation. After this, all study documents were reviewed, revised as needed, and approved by a certified translator. Rush University Institutional Review Board approved the study.

The 1.5 hour session was co-moderated by a bilingual doctoral level researcher and a master’s prepared researcher. An English speaking doctoral level experienced focus group researcher was also present. A research assistant recorded participant contributions on a flip chart. The translated text messages were placed into PowerPoint, accompanied by a set of 44 culturally appropriate photos depicting barriers to walking, as well as walking scenarios. Prior to group activity, participants completed a brief survey regarding questions about their text message usage. A general introduction was then provided after which participants were placed into smaller groups of two or three. Each small group was asked to review a segment of the 246 translated text messages for accuracy and meaningfulness. Participants were given handouts with specific translated text messages upon which they were asked to write their comments. After the break out, the group was brought back together to review the text messages.

Of the 13 adults screened for the study, 5 were either unable to attend the group or were ineligible. As a result, 8 Spanish speaking adults participated in the study (Table 1).

Table 1. Demographics and text message use.

This study demonstrated a method whereby English motivational physical activity text messages could be successfully translated into Spanish by a bilingual research team and then reviewed with Hispanic participants in order to inform the use of these text messages in a future intervention study. It is important to use culturally appropriate text messages translated into Spanish to promote healthy behavior changes in the Hispanic population. While intervention sustainability is still a challenge, there is now an opportunity for text messaging programs to be used in the Hispanic population to improve health [21-23]. When ready to be used in the public policy arena, text messages need to be reviewed for both cultural and linguistic appropriateness [24].

This study had some limitations. The sample size was small, from one geographic location, and participants self-selected to be in the study. However, qualitative research is not conducted so that findings can be generalized to other populations. The purpose of this study was to review a translated set of text messages for use in a future intervention study.

Developing culturally appropriate text messages necessitates the use of bilingual and bicultural facilitators and materials to facilitate the development of tailored text messaging [13]. By assuring cultural appropriateness, this study demonstrated an effective method to translate and review physical activity text messages. The research team recently successfully included these Spanish text messages in a Text4Walking intervention study.

We thank the Pastor, congregation, and the Text4Walking participants for supporting our research efforts; Rush University College of Nursing for funding the study; JoEllen Wilbur, PhD, RN, FAAN for her contribution to study design; Alexis Manning, MA and Aaron Troy Wiltz for assistance with conducting the study; and Martina Irene Buchholz, BS for assistance with the data. 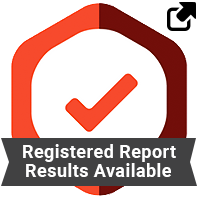